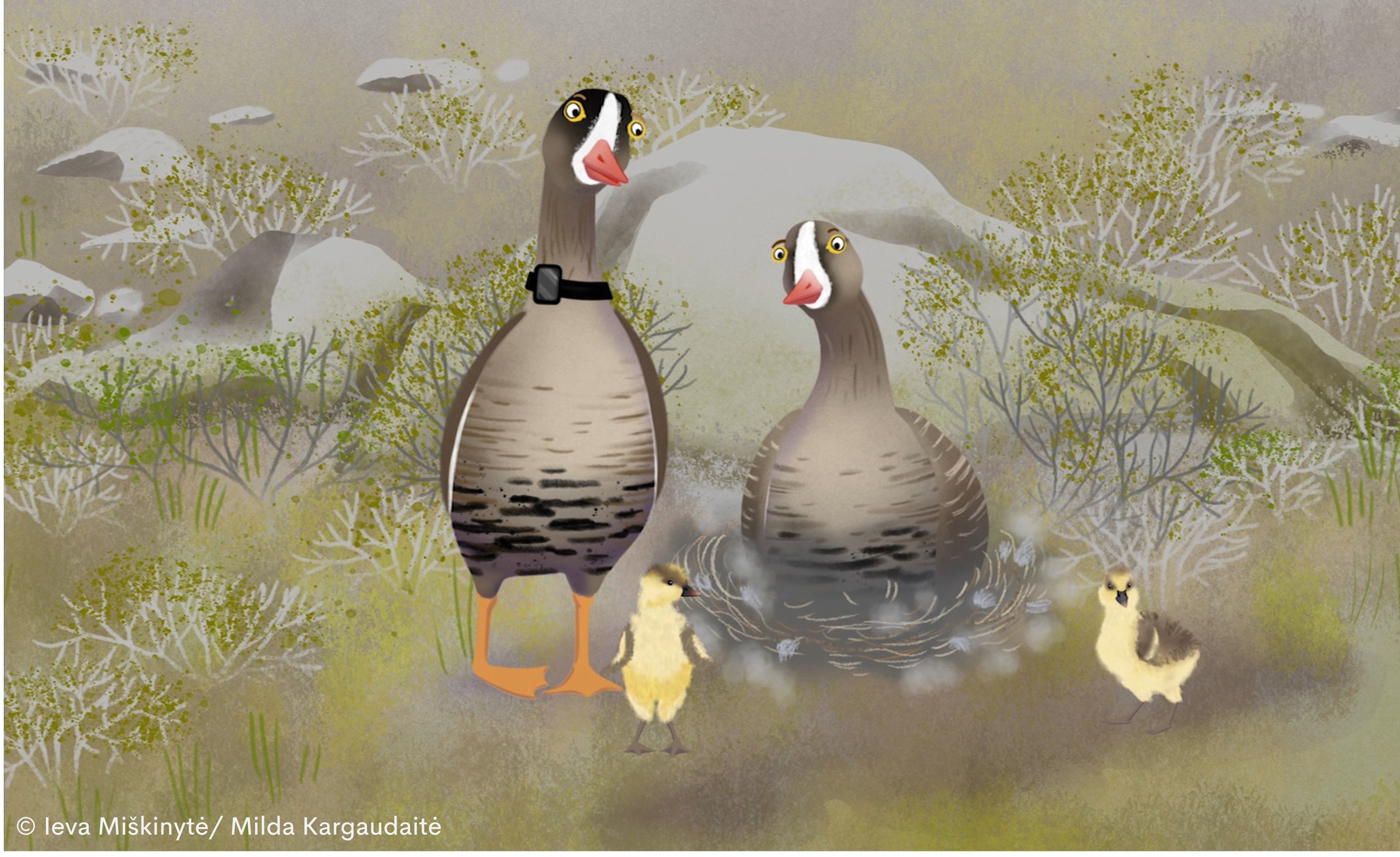 On 27th May 2022, BirdLife Norway caught a pair of Lesser White-fronted Geese at the spring staging ground at the Valdak Marshes, and the male was equipped with a GPS/GSM neck-collar. The name of this male is Mr. Sunshine in honor and thankfulness to the important supporter of the LWfG conservation work, Peter Johan Schei, President of BirdLife International from 2004 through 2013, who sadly passed away on 7th April this year. Hopefully Mr. Sunshine will give us updated information on the Fennoscandian population’s future movements and contribute to its survival and increase.

mr. Blue on the way through Ukraine

The staging period of mr. Blue in Kazakhstan was short. He arrived on 1 October and flew west 11 October. He stayed at one lake north of Tengiz for 6 days and visited thereafter three different lakes (Zharkol + unnamed on Google earth) west of it before continuing. As of midday on 13th he was still flying west, being north of the town Vodyano-Loryne in southwest Ukraine.

Mr. Blue has arrived in Kazakhstan

mr. Blue arrived yesterday noon in Kazakhstan. Seems he is at a small dry lake 80 km north of Lake Tengiz!

Mr. Blue comes online again after he started his moult migration eastwards on 28 June! Uploaded gps-data shows him staying on Kolgujev on 1-2 July, before crossing Yamal 4-5 July and ending at the moulting site on the Taimyr Peninsula, close to the Pyasina river! The data from August was not uploaded yet, but mr Blue was today migrating from Baydaratskaya Bay and passing the Ob river delta during midday heading southwards!